Originally, from October 1, 1999 to January 1, 2001, the celebration celebrated the shared history of mankind and featured new attractions throughout the complex. So many new attractions were introduced during (or opened a little earlier) this celebration that until recently there were still many of its additions:

Wow, that’s a lot of attractions and exclamation points. Epcot acted as the main center of the celebration and featured several millennium-themed offerings.

Upon entering Epcot guests immediately saw dozens of granite monoliths called Leave a Legacy. For a one-time fee, your photo could be taken and engraved on a plate placed on the sculptures. At best, it was a fun way to leave your mark while celebrating the new millennium and, at worst, it looked like a cemetery. Huge granite monoliths began to descend in late 2019, and in the spring of 2021, Leave a Legacy slabs were placed to the left of the Epcot entrance.

Epcot’s other big change was Mickey’s new wand icon placed on the Earth spacecraft. The 257-foot-tall structure celebrated 2000 in style with a large Mickey arm that waved a magic wand during the year 2000. It was fantastic for a complement created to celebrate this 15-month event. However, when the celebration ended, Disney simply changed “2000” to “Epcot” and let the wand look good. The wand, mercifully, fell in 2007.

Millennium Village was a great exhibition space for countries that did not have a permanent facility at Epcot. Inland guests could take part in mini-golf and learn the history of Scotland, walk through biomes and living spaces in Sweden, take part in an interactive virtual football game in Brazil or ride in a motion simulator via of the history of Israel. Other countries offer artisans creating unique items, while food booths offer a sample of world cuisines. The overall experience was very similar to the Innovations version of world cultures.

Millennium Village closed on January 1, 2001 and became the World Showplace festival center, which is frequently used for food and wine and flower and garden festivals.

For the celebration of the millennium, Epcot received its first proper parade, the Tapestry of Nations. More than 100 puppets and rolling percussion units toured the World Showcase lagoon twice each night. The parade was led by the Time Sage, a paternal figure who appears every millennium to lead a procession that unites the people of the world. Behind him, giant clocks with drum heads rolled down the promenade of the World Showcase, with drummers playing music. Larger puppets of life danced and interacted with the guests as the parade made its way through Epcot. Of course, we can’t forget the music he played at Epcot after Illuminations for 20 years.

Tapestry of Nations closed in late 2001 and was replaced by a modified parade, Tapestry of Dreams, which closed in 2003. 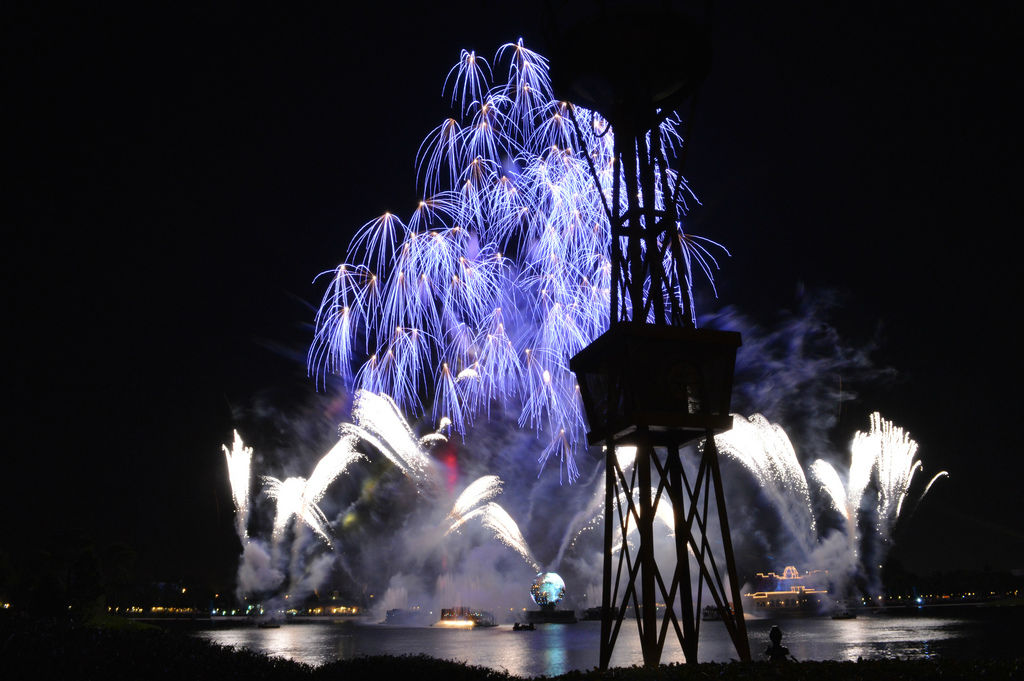 Enlightenment 2000: The Reflection of the Earth is the epic story of the beginning of the universe until the appearance of a new millennium of recorded human time. For a show of only 18 minutes, this was a huge undertaking. Fortunately, Disney fired more than 2,800 fireworks shells and fired 400 gallons of ISOPAR for each show. At TouringPlans we’ve written a lot about this amazing show, so suffice it to say it’s one of the most iconic nightly shows Disney has ever done, just after the Main Street Electrical parade.

IllumiNations: Reflections of Earth (since it was re-titled after the celebration) ran until September 30, 2019.

Of course, not all can be successes. In the late ’90s and early’ 2000s, Disney opened up terribly infamous attractions: Superstar Limo at Disney California Adventure, Tiki Room Under New Management, and the famous Journey to Your Imagination. Imagineering did the unthinkable: turn a classic, fan-favorite dark ride into a shell of his former self. The duration of the journey was shortened, parts of the pavilion were closed and its iconic character was removed. In its place was a boring, boring, condescending attraction that everyone hated. It was so bad that CEO Michael Eisner immediately demanded that a new version be created.

The attraction lasted just 2 years and 7 days and closed on October 8, 2001. It was reorganized into the journey to the imagination with Figment currently in the park.

The celebration of the millennium had an epic reach and this scale has not yet been repeated, even for the fifties of the complex. Personally, this was my favorite celebration as it centered around Epcot and brought many new attractions to the resort. I still frequently listen to Tapestry of Nations music to this day.

What was your favorite Walt Disney World celebration? Do you have any good memories of the millennium celebration? Leave it in the comments below!