The 50th anniversary celebrations have finally arrived at Disney World.

We have new attractions, restaurants, entertainment, fireworks, merchandise and most of all, SNACKS. We’ve been trying quite a few delights in the parks and now it’s time for a Disney World basic classic.

At Magic Kingdom during the 50th anniversary celebrations, you can find the new one Royal 50th Churros to snack carts around the park (but we headed to Frontierland for ours)! 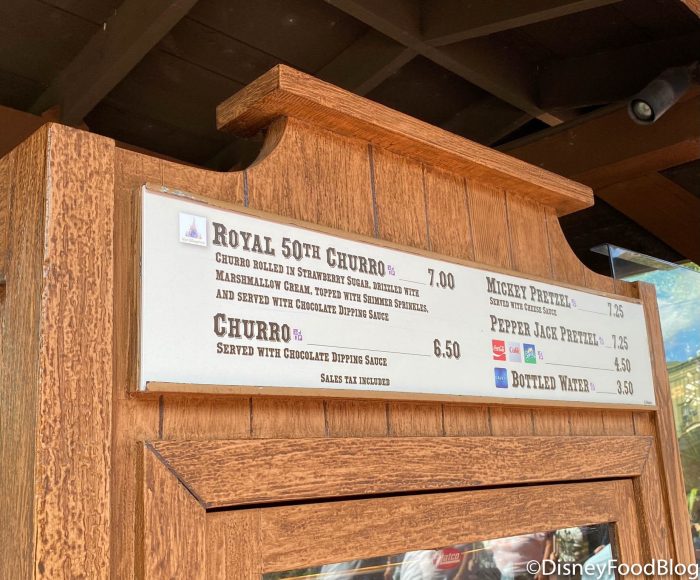 No wonder the Royal 50th Churros just looks magical rolled with strawberry sugar, drizzled with marshmallow cream and covered with bright sprinkles. Oh, and we mentioned that you even have a side chocolate sauce also for the finishing touch! 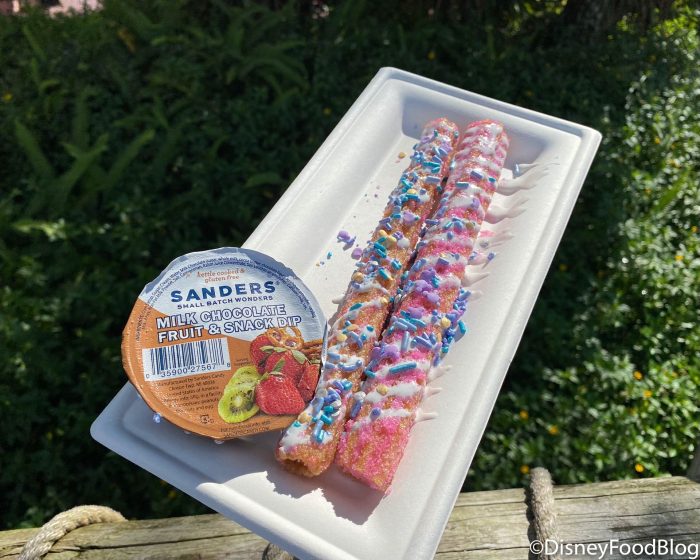 While other churros like the Dumbo Churro were not our favorites, the Royal 50th Churro was a hit. The flavors of strawberry, marshmallow and chocolate were a great combination that melted in your mouth. But, it is important to know that this delight is a lot sweet. 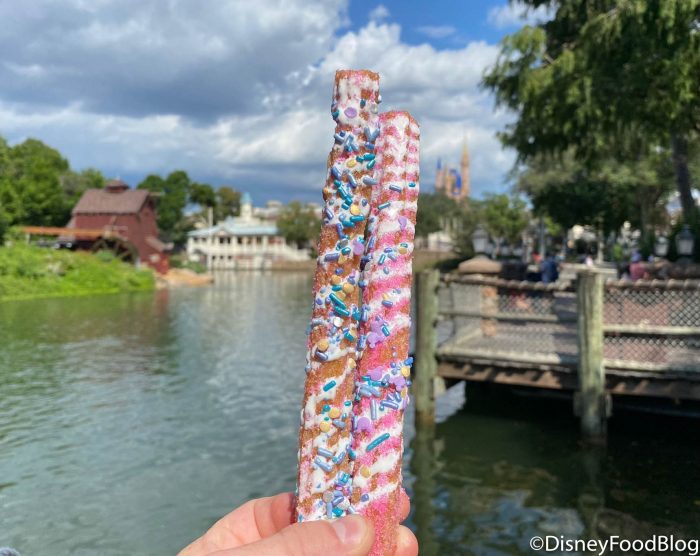 Paint it blue or pink!

Even if you’re traveling with kids or people with a sweet treat, they’re probably BIG fans of this traditional Disney dessert making. While we could have done with less strawberry sugar to slow down the sweetness a bit, it’s still a good option to celebrate the 50th anniversary. 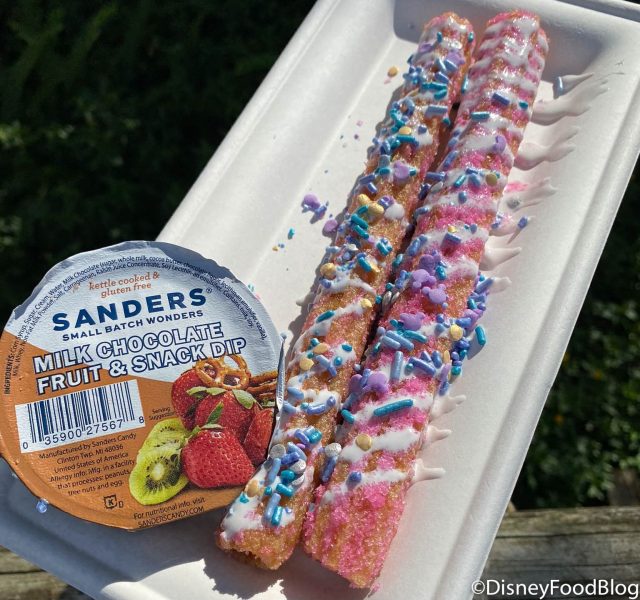 Would you try the Royal 50th Churro?

You can try the Royal 50th Churro for yourself $ 7 and take some amazing photos in front of Cinderella Castle! Stay tuned to DFB for more entertainment and news from Disney World’s huge 50th anniversary celebrations.

Click here to see all reviews of our 50th anniversary snacks.

What’s your favorite Disney World snack to get in the parks? Let us know in the comments below.

REVIEW: If you like Matcha, you’ll want to grab Disney World’s newest drink.