Even though the holiday snow is already in Disneyland’s Cinderella Castle, we’ve seen a couple of holiday products arrive in the parks and a new holiday shop has opened. it’s still TECHNICALLY HALLOWEEN SEASON!

We’re still trying out some of the amazing Halloween snacks at the resort, and we just found one that may seem basic at first, but it’s so much more. 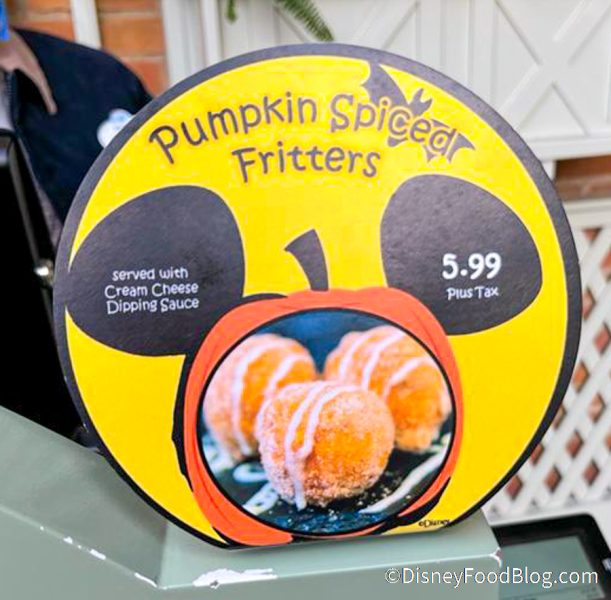 These little round dough balls look a little basic …

… but listen to us. We actually liked these fritters more than we thought! These fritters did not have an overwhelming seasoning. There’s a bit of a pumpkin flavor, but we actually tasted more of a cinnamon flavor when we bit. 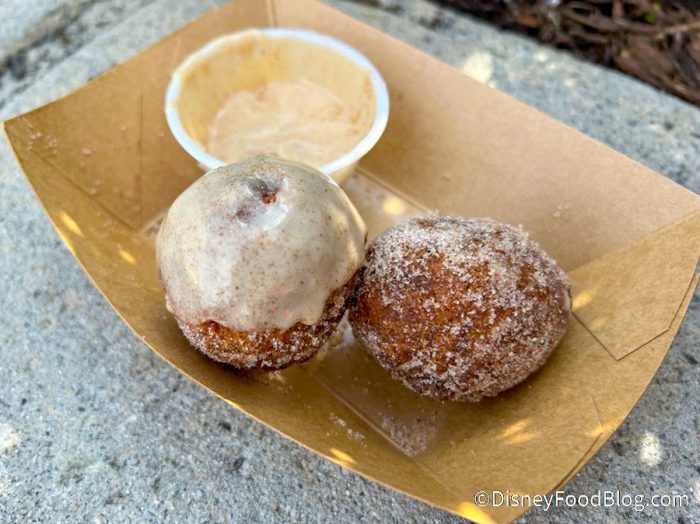 Not too spicy pumpkin

And you can barely taste the pumpkin after dipping in this cream cheese !! Yes, donuts are served with one Cream cheese cheese sauce, and that’s what really made this snack go up! You know we like to dip quite a few snacks in cheese, right? Except this time we’re not looking for plastic cheese, it’s cream cheese! 😉 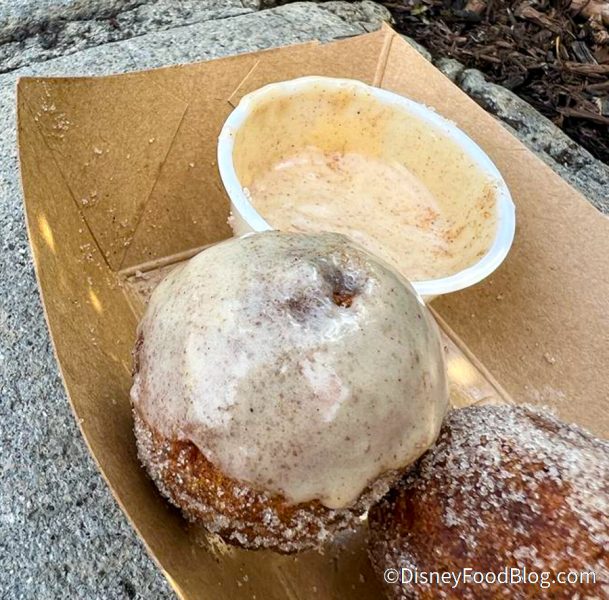 These simple fritters with their delicious cream cheese sauce are actually one of the best Halloween snacks we’ve had at Disneyland this year.. If you want to try them yourself, they are available right now at Veranda on Carrer Reial per $ 5.99. 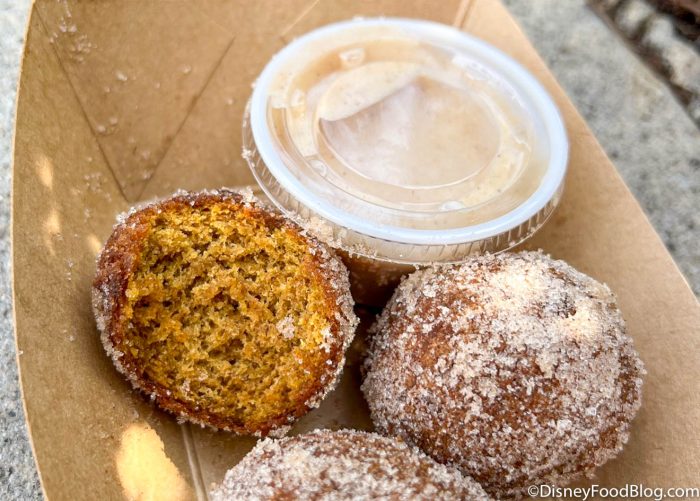 We’ll keep trying more of the Halloween delights at Disneyland, so stay tuned for more reviews.

What is your favorite Halloween flavor? Let us know in the comments.