With the celebration of her Sapphire Jubilee in 2017, Queen Elizabeth II became the longest reigning monarch in the history of the United Kingdom. She’ll mark 70 years on the throne in 2022. She has served with 14 UK prime ministers, including Winston Churchill. No wonder her life as a sovereign is such rich material for glossy adaptations. Peter Morgan assembled her life across four seasons (so far) of spectacle and drama in The Crown.

The show recreates seminal events in British history as well as highlighting lesser known pivotal moments. Of course no one can truly know what words were spoken in private, nor what thoughts are truly in someone’s mind, so many scenes are speculation. But the strength of the show is the talented cast and detailed production design. These are some of the best aspects from the series that has won or been nominated for nearly 150 awards. 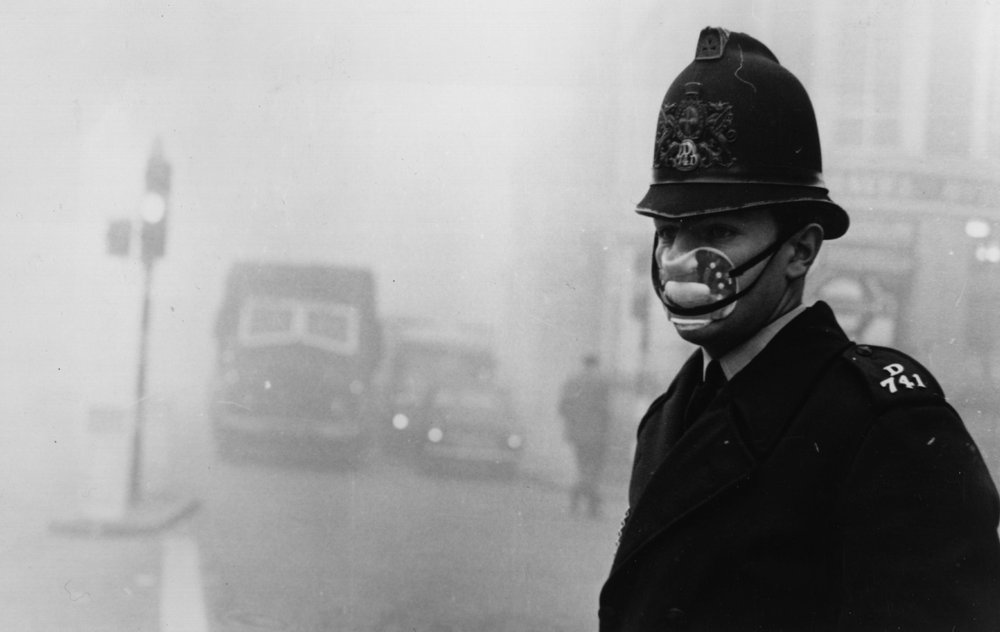 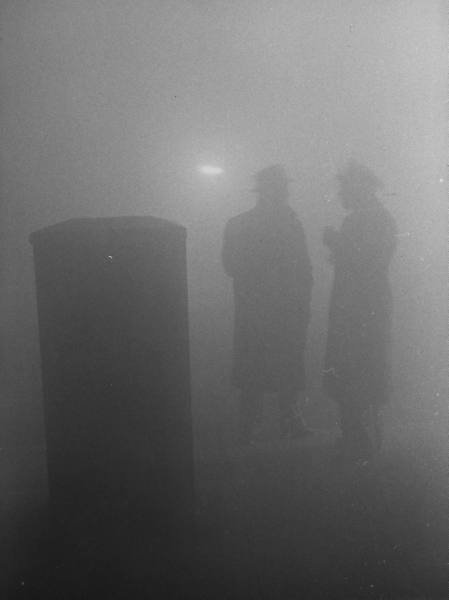 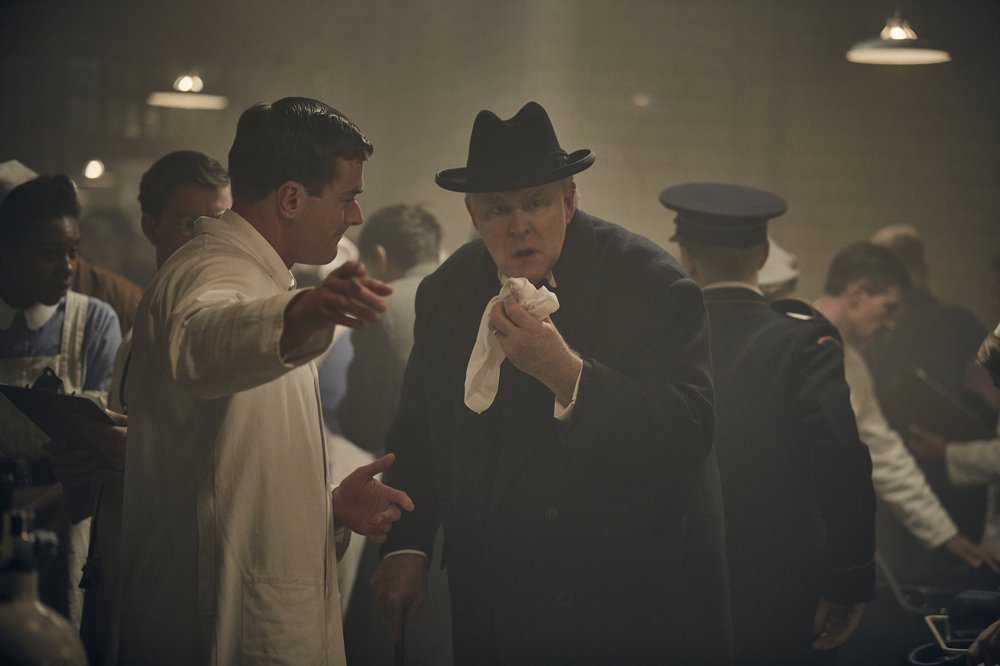 In 1952, a dense fog sank over London. While it started as a heavy storm and weather event, smog conditions in the city made it far worse. For days, Londoners couldn’t see a few feet in front of them.

In this episode, Winston Churchill, played brilliantly by John Lithgow, refuses to acknowledge the severity of the event, treating it like another pea-souper that will be on its way until his personal secretary is hit and killed by a double-decker because neither can see the other in the fog. This detail was fabricated for the episode, but several thousand people did die that week — in accidents or from severe lung issues. It forced the government to seriously consider mitigation efforts for air pollution. 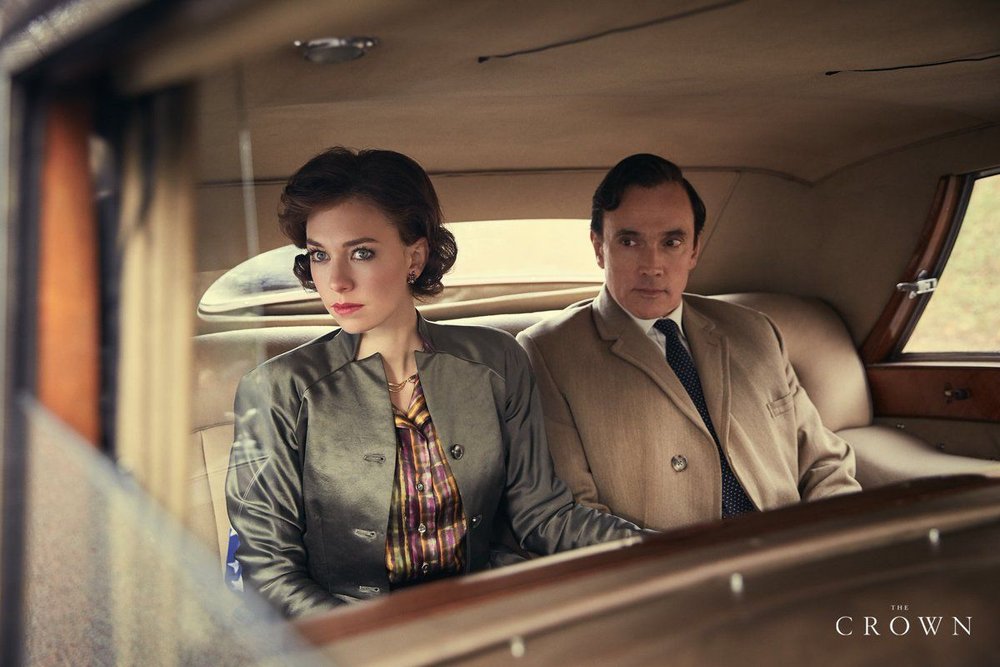 When Queen Elizabeth’s uncle abdicated the throne, she suddenly became second in line to the throne. She ascended at just 25 after her father’s untimely death, making her younger sister Margaret heir presumptive (until Elizabeth married and had children).

It was enormous pressure for two young women who had never grown up thinking they would be expected to live in Buckingham Palace. Princess Margaret had to follow all of the rules of royal protocol with none of the (perceived benefit) of power. This even extended to the most personal of decisions — who to marry.

This episode pits sisters against tradition when Margaret has to get permission to marry before her 25th birthday, and to marry a divorced man. Vanessa Kirby absolutely inhabits the vivacious Princess Margaret and truly shines in this episode.

This episode recounts events little, if at all, known to the public at the time. As part of Edward’s abdication agreement, he renounced any claim to official position and was banned from ever returning to England. He was permitted short visits to attend the funeral of his brother and his mother. In 1967, Queen Elizabeth invited him to a dedication ceremony, the first official public event to include him and actor Alex Jennings is a dead ringer for the disgraced prince.

It is in this episode that the Royal Family learns of Edward’s worst deception – his Nazi sympathizing. Photographs and documents, known as the Marburg Files, showed his decided support of Nazi efforts and his suggestions to force England into submission through intense bombing. Rumors and leaked photos surfaced in the 1950s and ’60s, but the bulk of the papers were not made public until 1996. 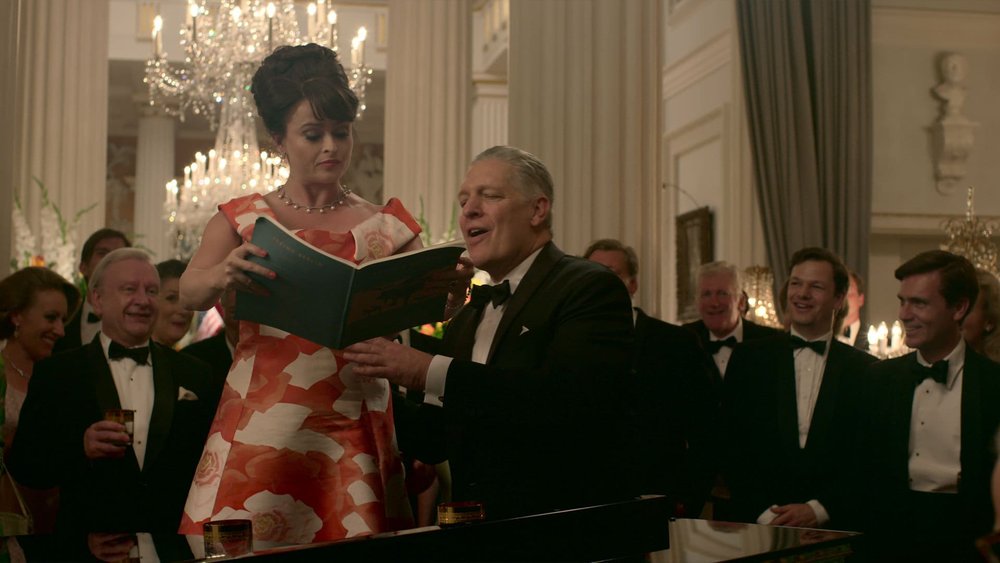 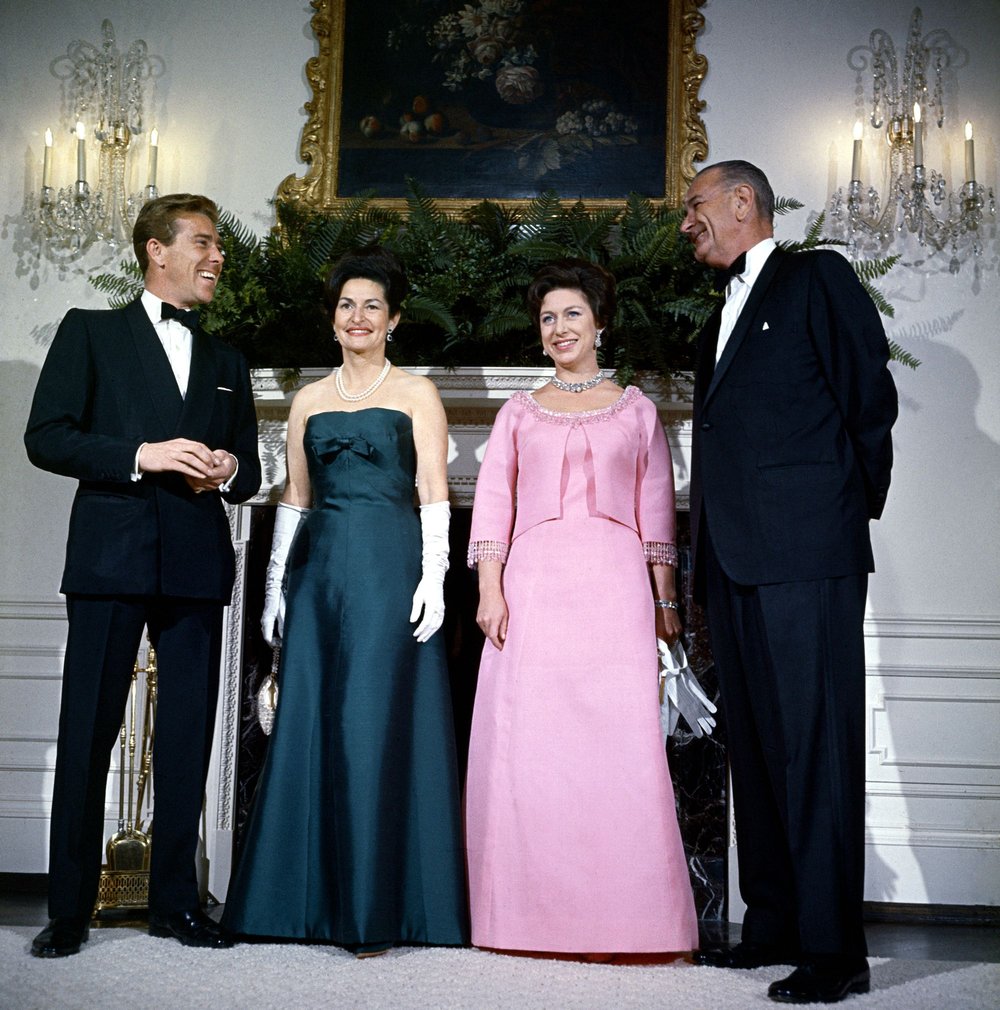 Season 3 marks a change in cast as the show moves into the late 1960s and ’70s. Oliva Colman is now Queen Elizabeth and Helena Bonham Carter has taken over as Princess Margaret. She is in the midst of a crumbling marriage to a photographer-styled-as-Earl of Snowden, but she takes her moment to shine on a diplomatic trip to America. She charms and delights at a White House dinner, convincing President Johnson to provide financial support to the British government. Yet, upon her return to England, rather than being celebrated, she is told she won’t be given any more political assignments.

Oftentimes the British subjects would lose sight of the fact that their sovereigns weren’t really English at all. Queen Victoria was (mostly) German and many of her children married into other foreign royal houses. During WWI, the British monarchy decided it would be prudent to have a more English-sounding surname than Saxe Coburg and Gotha. They adopted the moniker of Windsor. When Elizabeth married Philip, she married the son of Princess Alice of Greece and Denmark. Alice had a tumultuous life and after WWII she founded an order of nursing nuns in Greece. Continuing instability and a military made it dangerous for her to remain. In this episode, Elizabeth invites her aging mother-in-law to stay at Buckingham Palace… without asking Philip first.

Season Four tends to lean heavily on the Charles and Diana story but this episode is a stronger one, highlighting the tribulations of being a parent, and being a child. Margaret Thatcher, played to frightening perfection by Gillian Anderson, has become the UK’s first woman prime minister. She receives word that her son Mark has gone missing while competing in a Paris to Dakar road rally.

It prompts the Queen to consider her relationships with each of her children. She meets with them one by one, asking them about their lives and considering her role as mother to a country as well as her own progeny.

Meaghan Walsh Gerard has been writing about films (especially classic ones) and books (especially gothic ones) for more than ten years on her site. She is obsessed with the art of storytelling and holds a master’s degree in cinema studies. Meaghan has been a DVD Netflix member since 2003. Follow Meaghan at mwgerard.comon Twitter mwgerardor Facebook and Instagram.