Every so often, a movie is released with an accompanying soundtrack that fans can’t get out of their heads. Such is the case with Encantowhich premiered on Disney streaming services in November and has since inducted people all over the world into the Madrigal family.

The story of Maribel Madrigal and her magically gifted mother, aunt, uncle, sisters, and cousins ​​takes place in Colombia and is supported by a cast of Latinx actors, singers, and producers, including composer Germaine Francosongwriter Lin-Manuel Mirandaand singer-songwriter Sebastian Yatra. But the film’s message — about obligation to family, legacies of trauma, and pressure to conform — is universal, which may be why the soundtrack has been streamed abundantly in over 20 languages ​​and has reached number one on the top albums streamed on Spotify in 2022 . *

So far, the Encanto soundtrack has over 494 million all-time plays globally, ** and the countries streaming at the highest rates include Colombia, the United States, the Philippines, Panama, Iceland, and the UK Part of what’s bringing so many people back to Encanto are the multiple standout hits, like “Dos Oruguitas“Which earned Sebastian Yatra his first top-20 single, and”We Don’t Talk About Bruno”An ensemble-driven salsa son montuno (mountain sound) that features a majority of the cast.

“Bruno” became Lin-Manuel’s first global number one song on Spotify in the US in early January and now has more than 100 million streams on Spotify. *** It has also been dominating across international charts, securing the number one spot on Spotify’s UK Top 50 songs list and UK Weekly, along with topping the UK’s Official Singles Chart for the last two weeks. Three other songs from the soundtrack have made it to the top 10 on the US Songs Consumption chart, including “Surface Pressure“”The Family Madrigal,“And”What Else Can I Do?Overall, the Encanto The soundtrack has held the number one spot on Spotify’s Official Compilations and Soundtrack Charts for four weeks in a row.

“Knowing that ‘We Don’t Talk About Bruno’ has touched so many hearts of so many different generations in an organic way is very big, and being in the Top 50 on the music charts on Spotify is huge,” said Carolina Gaitan – La Gaitawho plays Mirabel’s Tía Pepa and leads the vocals on “Bruno” on the English and Spanish soundtracks of Encanto. “I think it has been a surprise for everyone, but without a doubt it has been the most beautiful surprise of my life.”

The making of Encanto is perhaps as magical as the story itself. Encanto’s Audio signature can be largely attributed to Mexican-American composer Germaine Franco, who had previously worked with Disney and Disney Animation as a songwriter, music producer, and orchestrator. This was the first time Germaine took the role of lead composer for a Disney film, however, making her the first woman to hold this position at the company. After working with Lin-Manuel and Tom MacDougallPresident of Disney Music, on a previous Disney animated feature, Germaine was asked by the pair to join the project and collaborate with Lin-Manuel on orchestral arrangements, orchestration, and additional production on his songs.

For the Record spoke with Germaine about composing for Encanto, including the homework she did to bring Colombian music to life on screen.

How did you prepare for this project?

For each score that I create, I like to dive deep into the culture of the protagonists and the regions specific to the location of the storytelling. I spent many hours listening to and studying the structures, instrumentation, performance styles, harmonies, melodies, and rhythms of traditional Colombian music. I felt that the Colombian instruments would provide me with inspiration, which they did–especially the arpa llanera (Colombian harp) and the marimba de chonta (Afro-Colombian marimba), and I knew that the score would be much richer if we were able to hear the authentic voices of Colombian musicians and singers.

How did you bring elements from “magical realism” prominenta prominent literary theme among famous Latin American / Colombian authors — to life in the score?

When I first got the call, I went back to the heart of magical realism by reading Gabriel García Márquez in Spanish. I also read historical texts about Colombian history, music, and literature. I watched documentaries and videos about Colombian culture. I wanted to connect to that world beyond the “reality” of what is seen. I imagined myself in that world. I kept thinking, “What is the sound of magical realism?” as I worked.

One key element of magical realism in the score is the female voice. I imagined that the voices of women would be representative of this world. I connected deeply to the tradition of the cantadora style of singing present in the Afro-Colombian regions of Colombia. And later, we recorded a live choir from Colombia featuring Isa Mosqueraone of the backing vocalists in Carlos Vives‘ band, and a 22-piece choir here in Los Angeles.

Another aspect of the sound of magical realism I constructed comes from the sound of many flutes made of natural wood–bamboo–played by the exquisite Pedro Eustache. Pedro’s voice can be heard throughout the score. If you listen, you will hear the gaitaa traditional flute from Colombia and one of my favorite instruments on the score.

What does your involvement in this film mean to you and for other women or Latinx composers?

When I was first called to work on the film, I was elated to be able to work with Lin-Manuel and the filmmakers. I didn’t think too much about “firsts.” My main goal was to create the best possible score for this beautiful film. I wanted to succeed as an artist and to give the music an authentic Latinx sound. Encanto is a milestone for Walt Disney Animation Studios because it’s their 60th feature film, so I felt that it was an important responsibility on my part to bring a strong Latina voice to the main characters, Mirabel and Abuela, through the music.

I’m very grateful to have this opportunity to open the door for other women and people of color. It’s important to me that we see more equity both in front of and behind the camera, and it’s notable that I am only one of many Latinx creatives on the film. We had Lin-Manuel Miranda, an entirely Latinx cast, producer Yvett Merinoco-director and screenwriter Charise Castro-Smithsong producer Mike Elizondo, Sebastián Yatra, and Carlos Vives. This film is an example of the power of authentic voices in film and music collaborating to inspire our world. It is a sign that the industry is changing, albeit slowly. I celebrate the fact that millions of families from all countries, women, and people of color are seeing themselves on screen and enjoying the soundtrack!

The soundtrack to Encanto is already seeing immense success commercially, hitting number two on the Spotify Global Album chart and number one on the Spotify US Album chart in 2021. What are your hopes for the music beyond the film?

I hope Encanto touches the hearts of millions and inspires many to go out and get their first instrument and learn to play. I am so thankful to all of the fans of the film around the world who take time out of their busy lives to take part in the cinematic experience we’ve spent years creating for them. It means a lot. When I see some of the reactions to the film on social media, it warms my heart to know that the entire creative team and I have had the privilege to be a part of their lives in some small way. I truly think that music has the power to unite people across the world. Thanks so much to all of the fans of Encanto worldwide! Que se diviertan!

Ready to talk about Bruno? Stream the Encanto soundtrack for a full immersion into the story of the Familia Madrigal.

Because the compositor of 'Encanto', Germaine Franco, got the magic and the songs of Colombia and the oyents of all the world - Spotify 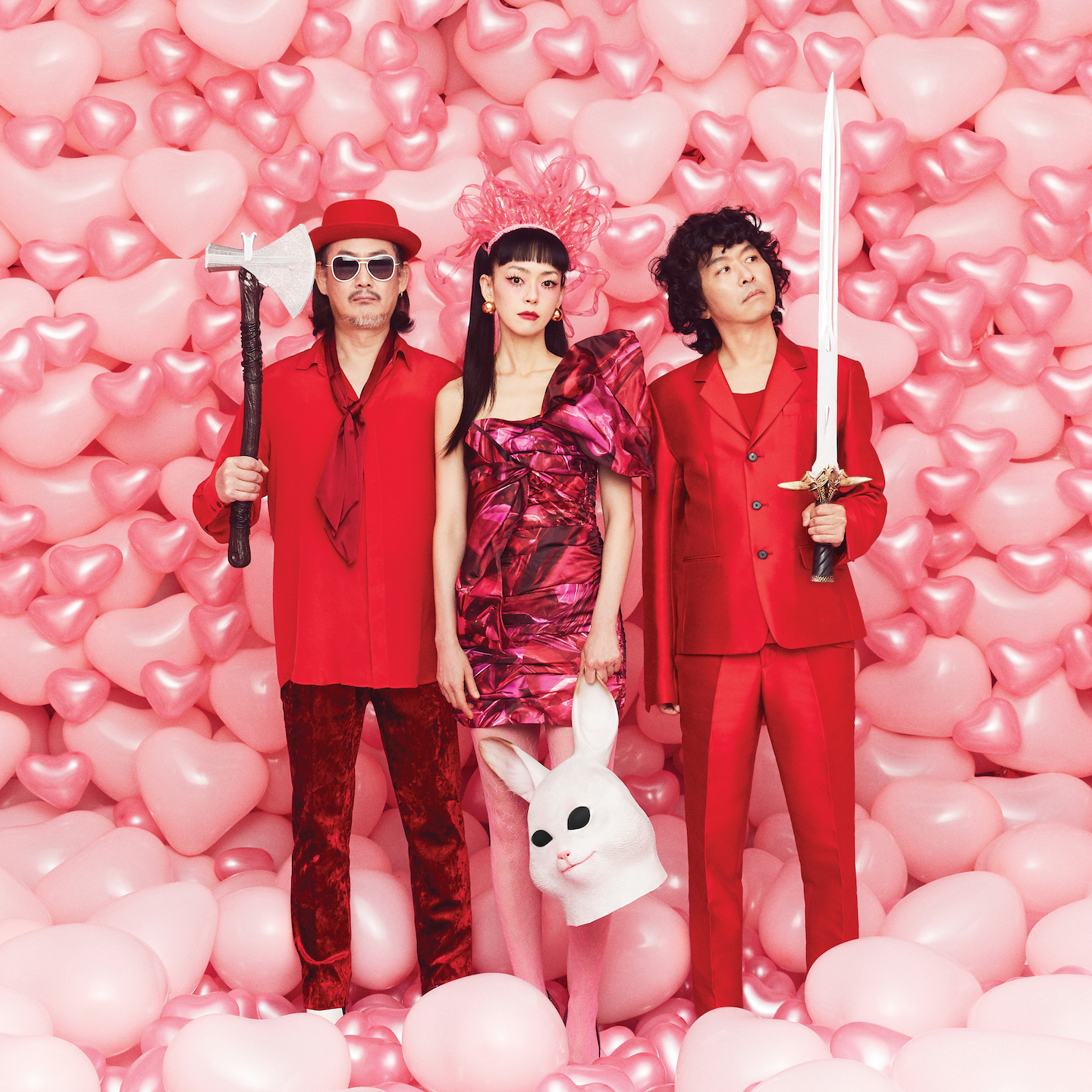