When considering journalism-related films, it’s easy to picture Mark Ruffalo and Rachel McAdams out in the field for the Boston Globe, writing for Michael Keaton, working tirelessly to expose the Roman Catholic Church for covering up sexual molestation crimes committed by priests in Boston and elsewhere. Tom McCarthy’s drama won Best Picture in 2016.

If your mind didn’t first go to “Spotlight,” perhaps it went to Robert Redford and Dustin Hoffman as Bob Woodward and Carl Bernstein in “All the President’s Men.” These rival Washington Post reporters teamed up to aggressively pursue the truth behind the Watergate scandal, connecting the Democratic Party Headquarters burglary to the White House, ultimately leading to President Richard Nixon’s resignation. This Alan J. Pakula classic remains an all-time great journalism movie. And there are many more to choose from.

As a former reporter, I wanted to find some movies that really capture some of the ethical dilemmas journalists have, then and now. I consider all these films to be prescient. Many serve as warnings.

Humphrey Bogart stars as Ed Hutcheson, the relentless, cutthroat, alcoholic editor of “The Day,” a New York newspaper struggling to keep its readers and its integrity. It’s been 70 years and still that struggle persists.

Bogey, as usual, is courageous and forceful. He’s also pessimistic, as his paper is being bought out by a crook who wants to see it fold. Hutcheson articulates this frustration bluntly: “Without competition there is no freedom of the press… and I’m talking about free enterprise… the right of the public to a marketplace of ideas, news and opinions — not of one man’s or one leader’s or even one government. “

As Hutcheson, Bogey is unflinching in his relentless desire to “report the facts and the meaning of those facts without fear, without distortion and without hope of personal gain.” Such a performance is refreshing and heroic, yet sadly serves as a reminder that journalistic ethics have always been a hard sell. Richard Brooks directs. Ethel Barrymore, Kim Hunter, and Ed Begley co-star.

Hayden Christensen does a phenomenal job stepping away from Anakin Skywalker and diving deep into the role of disgraced journalist Stephen Glass.

He’s convincing and surprisingly likable as the unethical feature writer, who seems to surprise the audience just as much as he surprises his co-workers (this is done playfully and compassionately by writer / director Billy Ray). Glass seems so professional, despite being young and naive. He gives advice without a hint of irony (“if you don’t have it cold, you don’t turn it in… ever”) and seems to have a story about every source.

This masterpiece by director Sidney Lumet (“Dog Day Afternoon,” “The Verdict”) has become more prescient than ever. When “Network” was released, there was Watergate, there was Vietnam, there was mass disillusionment in the powers that be, and we’re there again. As Howard Beale, Peter Finch (who rightfully earned an Oscar) is the voice of an angered nation, shouting: “I’m mad as hell and I’m not gonna take it anymore.”

This film cuts deep, as Beale is fetterless, unafraid to tell it like it is: “At the bottom of all our terrified souls we know that democracy is a dying giant, a sick, sick, dying, decaying political concept writhing in its final pain. ”

“Network,” which also earned Oscars for Faye Dunaway and Ned Beatty, warns the viewer about the dangers of television, but the same warning can apply to social media and our obsessive compulsion to get the news on our phones: “Television is not the truth, ”Beale yells. “Television is a godam amusement park. Television is a circus, a carnival. ”And television (or the media of your choice) is not going to give you the truth:“ … if you want the truth go to God, go to your gurus, go to yourselves. ” because that’s the only place you’re going to find any real truth. “

This cautionary tale on journalism ethics by director Sydney Pollack (“Tootsie,” “Out of Africa”) stars Sally Field as a young, ambitious reporter who gets in over her head with Michael Gallagher (Paul Newman being effortlessly cool and effortlessly intelligent).

This film does an excellent job of humanizing the consequences of rushing stories to break news. Sometimes, when a reporter tries to be a hero, they lose sight of what’s at stake. Sometimes they even lose sight of the truth: “You don’t write the truth,” Gallagher says in one powerful scene. “You write what people say. You overhear. You eavesdrop. You don’t come across truth that easy. Maybe it’s just what you think, what you feel. “

“Absence of Malice” also features one of the late Wilford Brimley’s best scenes. Wait for it.

Directed by Antonio Campos (“Devil All the Time”), “Christine” brilliantly transports the viewer into the last few weeks of TV reporter Christine Chubbuck’s life. In 1974, Chubbuck fatally shot herself in the head on live television. Rebecca Hall is masterful in bringing this socially awkward, ambitious, mentally ill young woman back to life. It’s a sympathetic look at a misunderstood reporter desperate to make her mark.

Oliver Stone (“Natural Born Killers,” “Platoon”) directs this mind-bending character study of talk show radio host Barry Champlain (Eric Bogosian really going for it), loosely based on the murder of talk radio host Alan Berg. Like “Christine,” sensationalism is the killer here, as Barry takes the Rush Limbaugh approach to the airwaves and, in doing so, stirs anxiety and anger in others as well as in himself. He loses sight of who he once was and becomes obsessed with outrage.

Much of what Barry says in the film captures a viewpoint that resonates today, saying our country is “where culture means pornography and slasher films; where ethics means payoffs, graft, insider trading; where integrity means lying, whoring and intoxication. “

Watching this film today feels like watching a cry for help that was ignored, as Barry calls out his listeners for being mesmerized by their own fear: “you can’t stand facing what you are and what you’ve made,” he says. “Your fear, your own lives have become your entertainment.” Social media has only further exacerbated this toxic travesty.

Christopher Denham (“Argo,” “Fast Color”) stars as Peter Aitken, a young hipster seeking meaning and purpose, still struggling to overcome the emptiness inside him resulting from his mother’s death. With girlfriend Lorna (Nicole Vicius), he attempts to infiltrate a cult that believes a woman named Maggie (Brit Marling of “The OA”) is from the future. The deeper he and Lorna go undercover, the more things aren’t what they seem, and Peter’s arrogance and self-righteousness only continues to muddy the waters. This movie keeps you guessing, even after it ends.

Directed and co-written by Zal Batmanglij (“The OA”), “Sound of My Voice” is an original take on citizen journalism. Just because someone wants to be a journalist doesn’t give them credentials and doesn’t give them the ethical knowledge necessary to cover their bases both morally and professionally.

rent sound of my voice

Jeremy Renner plays journalist Gary Webb, whose coverage for the San Jose Mercury exposed the CIA’s involvement in the cocaine trade. The movie begs to ask the question: what matters most? Getting the truth out there or protecting the life you’ve built and the family you love? Sometimes you can’t have it both ways. 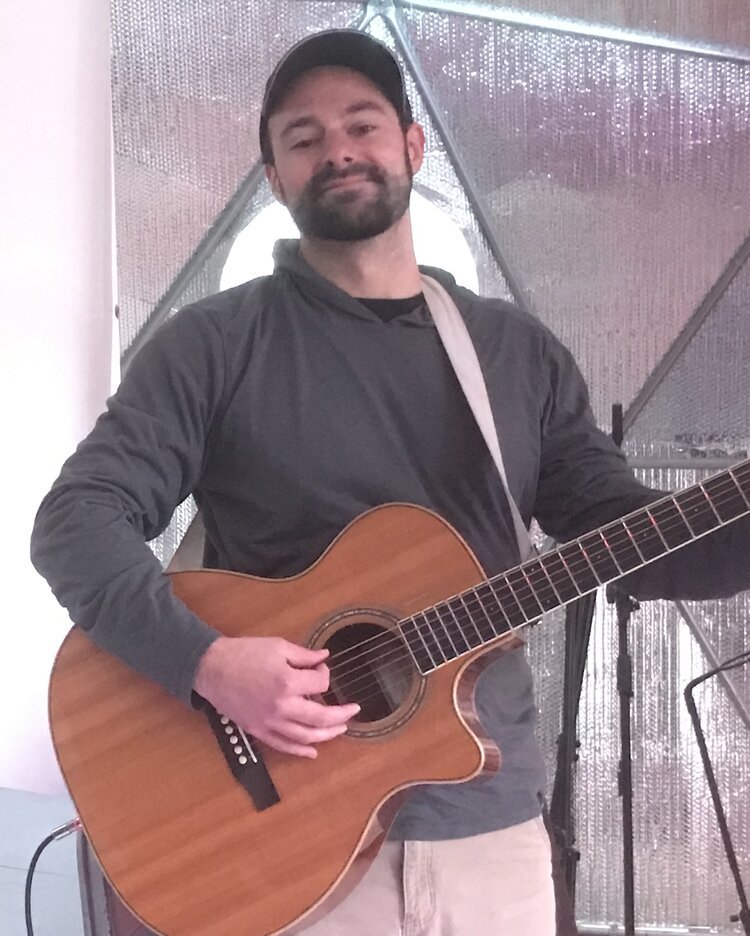 Charlie Denison is a freelance writer, musician, award-winning journalist, and 11-year-old DVD Netflix member who lives with his wife in Lewistown, Montana.

He’s been featured in “Chicken Soup for the Soul,” “Montana Quarterly Magazine,” and other publications. Follow him on Twitter charliebigsky.

One Year and More Than 184 Markets Later, Spotify's EQUAL Program Continues To Celebrate Women Artists Around the World - Spotify