April flew by and here we are with yet another edition of In Our Headphones! Follow along to see what the Bogotá team has been jamming to during this month 3

First up we have @Eni, who has been loving this song that she discovered with one of the recent features launched in the Spotify app 3

“I discovered Ava Max not a long time ago with the help of the Enhance feature (which I think it’s amazing) and I can say that I really like most of her songs. This one is one of my favorites from her which I like listening to when I’m at the gym or just walking outside ”.

For Eni’s next suggestion, she confessed “I’d like to say that I don’t speak French, but I can’t sing this song with emotion every time I listen to it. I think Indila has a really nice voice and this song particularly makes me want to learn the language ”.

Next up, we have @OscarDC, who is traveling to the past with a hit from Nirvana 3

“As everyone knows, the new Batman movie hit theaters this past month and it brings an old memory back. “Something In The Way” was my favorite song by Nirvana back in the day and it’s part of the movie Soundtrack. I’ve been playing this track everyday since the movie came out and despite being kinda sad, it keeps me in a good mood ”.

Another suggestion from Oscar is a recent release from a Swedish band that he loves! “My favorite Avant-garde band has recently released a new album and I’m so shocked about it! DSO is a Swedish band but this album includes a song in Spanish called “Celebremos lo inevitable”. It’s weird to hear rhythms like Bolero or Tango included in their songs, but it fits so well that I can’t stop repeating it. “.

“The first song I chose is“ Maribel ”as I like to play piano and this helps me to focus on different things. It’s soothing and tends to hit the mental state I like, which is parsimony. I’m an introvert and enjoy “simple things”. This musician has his way to bring you to different states with melody ”.

His next suggestion is all about the good vibes! “The other one is a song with good vibes (even more when I travel alone or with someone else). I find this one cool when hitting the road at night, looking for new adventures ”.

We also have a special bonus from our lovely new Community backup, Ale 3

“One of my friends, who really loves music, showed me this song one day when we were just hanging out. This is the kind of song you hear and you just feel the energy taking out your body. Since the first time, I was just into it. This is very helpful first time in the morning, when you just need some tunes to feel more active. I really love it ”.

And last but not least, I also wanted to share what I’ve been listening to! 3

First up, a song that I’ve been in love with for a long time now. It’s a cover of Mad World by Demi Lovato, who is my favorite artist. I just love the way their voice sounds, and although I’ve enjoyed covers of this song by other artists, this has been my personal favorite by far. Hope you like it as much as I do!

I’ve also been jamming to this super chill song that I discovered in a Spotify playlist, and I really enjoy the whole vibe! This one made it to my chilly playlist and I can’t get enough of it.

You can enjoy all these songs in the official playlist below:

See you next month! 3 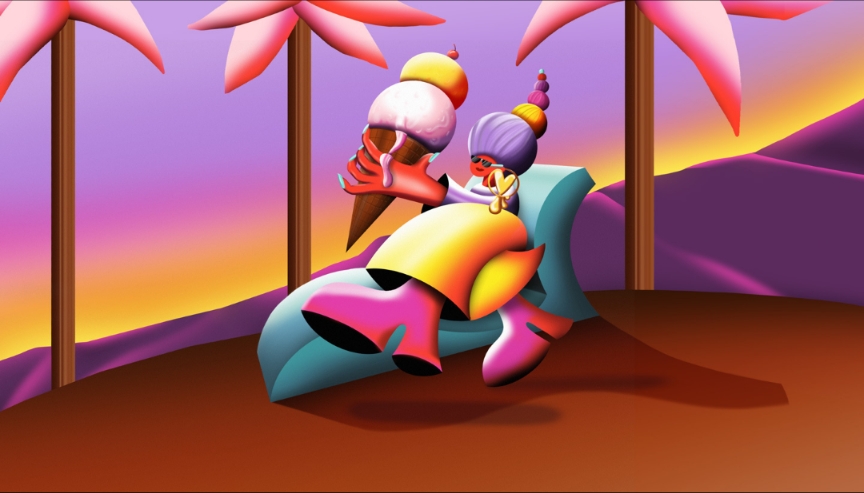 Ray Liotta: More Than Just a Good Fella
5 days ago