That’s the line at the top of Quentin Tarantino’s 1992 draft of “True Romance,” a dark, bloody rom-com that introduced the world to Quentin’s unique blend of pop-culture-heavy dialogue, graphic violence and absurdist humor. He was only 25 when he wrote it, a young man ahead of his time.

Almost 30 years since its release, the cult classic holds up tremendously, as do the performances by such powerhouses as Christian Slater, Patricia Arquette, Dennis Hopper, Christopher Walken, Gary Oldman, James Gandolfini, Tom Sizemore, Michael Rapaport, Samuel L. Jackson. , Val Kilmer and Jack Black (well, sort of, his scene was deleted, but you can see it here).

This summer is a good time to celebrate this film, as it’s another gem from “Top Gun” director Tony Scott, one that arguably has aged better. While certainly a ’90s movie, “True Romance” also helped set the stage for postmodern romantic action thrillers (and inspired the setting for the finale of “21 Jump Street”). It’s original, but also cleverly pays tribute to the cinematic mystique of the “lovers on the run” formula made famous by “Bonnie and Clyde” and “Badlands.”

That’s Tarantino for you: he changed the game and created an entirely new voice yet never strays from being an obsessive student of film and pop culture. That’s what makes him great. That’s what makes every film of his – whether he directed it or not – an experience.

If “True Romance” feels too good to be true, that’s because it is. That’s the whole point. Love – especially that first time falling in love – has no comparison to anything we’ve felt before. It’s magical. All logic is out the door. Anything is possible. And, in 1986, when young Quentin first wrote it (the same year “Top Gun” came out, ironically), that’s the magic he was out to capture. He hadn’t yet experienced the exhilarating thrill of falling in love, which I think makes the movie even better. “True Romance” is a thrill-ride all about the idea of love, and what a feeling to get lost in? What a great escape, especially when times are trying. That’s why I recommend it today as a must-watch (or a rewatch).

Here are three great scenes from the highly-recommended romantic mind-trip of a movie:

Clarence and Alabama get pie

Christian Slater is boyish and charming as Clarence and Patricia Arquette is adorable and naive as Alabama. You can’t help but root for them after their meeting. They carry this chemistry throughout the rest of the film, reminding all us viewers what it was like when we found our true romance. This scene is especially funny considering Quentin used the Playboy Playmate interview questionnaire here (as he recalls in his commentary).

Dennis Hopper and Christopher Walken shine in this acting clinic that takes place fairly early in the movie. Hopper plays Clifford Worley, Clarence’s father, who is being brutally interrogated by Walken, who plays Vincenzo Coccotti, the rightful owner of the drugs Clarence and Alabama stole before leaving town. The inspiration for this dialogue was information Quentin got from a family friend that he knew would make for an excellent potential monologue somewhere. He didn’t let the material go to waste.

Brad Pitt goes above and beyond what was written in the script for Floyd, the roommate of Clarence’s friend Dick Ritchie (played innocently and theatrically by Michael Rapaport). Quentin said Pitt nearly stole the last act of the movie, cracking the viewers up with every appearance. I especially love this interaction, as it’s James Gandolfini (playing Virgil, one of Walken’s thugs trying to get back the money that was stolen) who comes to the door, a man who effortlessly comes across as a threat. Even he can’t help but laugh at Rapaport’s pothead roommate. I wonder how much of his response to Floyd in this scene was Pitt’s extra effort.

There are so many more epic scenes in this film, such as the elevator scene and Gary Oldman’s perfectly outlandish performance as Drexl the pimp.

An ensemble cast, a legendary action director, the first script by an up-and-coming cinematic genius at his most autobiographical, do you need any more reasons to watch or rewatch “True Romance,” an extreme depiction of lovers in the honeymoon phase. that makes for a one-of-a-kind date movie? 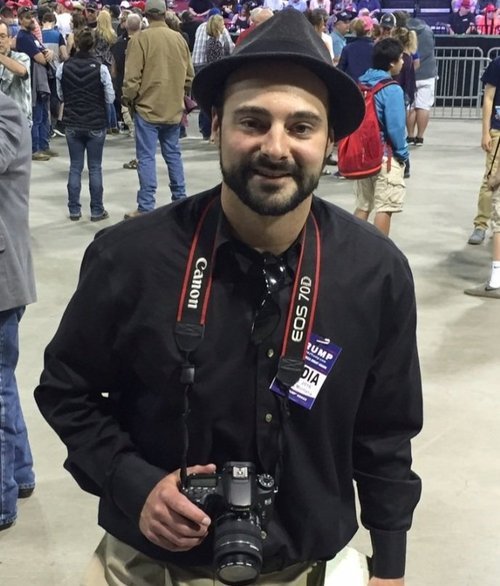 Charlie Denison is a freelance writer, musician, award-winning journalist, and 11-year DVD Netflix member who lives with his wife in Lewistown, Montana.

He’s been featured in “Chicken Soup for the Soul,” “Montana Quarterly Magazine,” and other publications. Follow him on Twitter @charliebigsky.

James Caan, A Man of the World